Following several years of appraisals, the National Institute for Health and Care Excellence (NICE) has approved a second novel hormone therapy that will give men more time with their families.

We’re thrilled that NICE has permanently approved apalutamide, guaranteeing men with advanced prostate cancer who are unsuitable for chemotherapy access to this life-extending treatment.

This is also big news for men who've become resistant to traditional hormone therapies and are at high risk of their prostate cancer spreading. They’ll now have a choice between apalutamide and darolutamide, another hormone therapy, and are set to gain an additional average 14 months of life.

This decision comes just a few months after the hormone therapy enzalutamide was approved in June. Men with advanced prostate cancer who cannot have chemotherapy now have a second treatment option in apalutamide, which can reduce their risk of death by nearly half.

Overall, NICE estimates that around 8,000 men could now benefit from apalutamide.

What is apalutamide and who is it for?

Apalutamide (brand name Erleada) is a type of hormone treatment that will now be offered to men with advanced prostate cancer who cannot or should not receive chemotherapy. It won’t cure prostate cancer, but it can help keep it under control and has been shown to help some men live longer.

Apalutamide will also be available as an option to men who have become resistant to traditional hormone therapies and are at high risk of their prostate cancer spreading. These men are set to gain an additional average 14 months of life and can choose between apalutamide and another recently approved treatment called darolutamide.

What does this mean for men?

Until this year, men with advanced prostate cancer could have either docetaxel chemotherapy or traditional hormone therapy. Many men were not able to tolerate docetaxel chemotherapy due to the side effects. This included more than three-quarters of men aged 70 and over, making it essential for them to be offered an alternative treatment. This approval gives men a choice between apalutamide and enzalutamide.

It’s a huge achievement that follows years of working closely with NICE and the pharmaceutical companies involved. Thanks to your ongoing support, we made sure they considered this large group of men who, without access to alternative treatment options, would otherwise have had their lives cut unnecessarily short by prostate cancer.

Karen Stalbow, Head of Policy at Prostate Cancer UK, said: “This decision is great news, which will give thousands of men with prostate cancer more time with their families. This is the second new prostate cancer treatment for advanced disease to be approved in just a few months, giving men more options.

"This is particularly important for those men with advanced cancer who aren’t able to have existing treatments, which is why we’re so pleased that NICE listened to our calls to consider this large group of men who would otherwise have missed out.”

Geoffrey Snowden, 80, from Lincolnshire has been receiving hormone therapy for advanced prostate cancer for the past 11 years. In 2019 he joined a clinical trial and started taking apalutamide alongside his hormone treatment, which he credits with helping to control his cancer and keeping it stable. 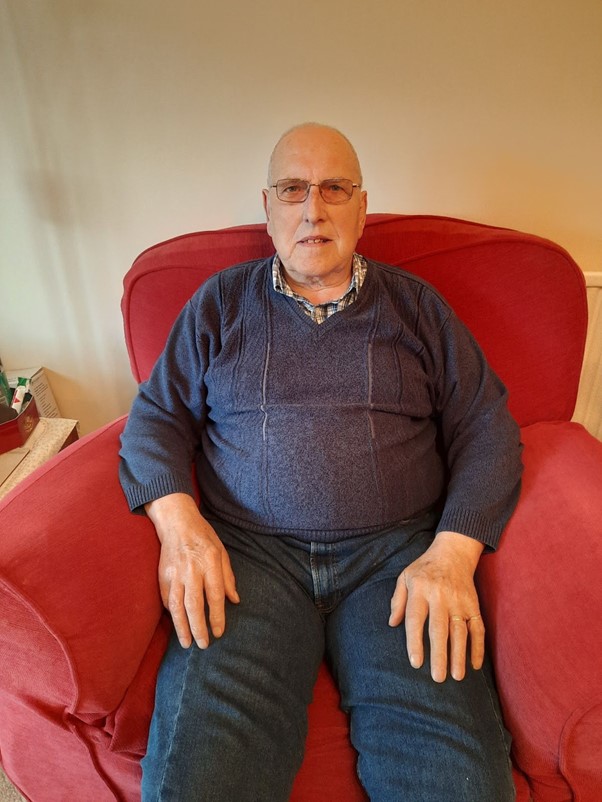 “I’ve been on apalutamide for two years and my experience has been very positive. I really believe it’s helped to control my cancer and slow down its spread. I feel lucky that I’ve been able to benefit and believe other men deserve the same, which is why I’m delighted by today’s decision by NICE.”

Every single one of the 400,000 men living with prostate cancer in the UK should have access to the best prostate cancer tests, treatment, and support – wherever they live and no matter who they are. Thank you so much for making this possible.

Help us improve diagnosis, treatment, and care for men everywhere by giving a regular gift.

After three years of appraisals, we’re thrilled this life-extending drug is permanently available for men diagnosed with advanced prostate cancer.